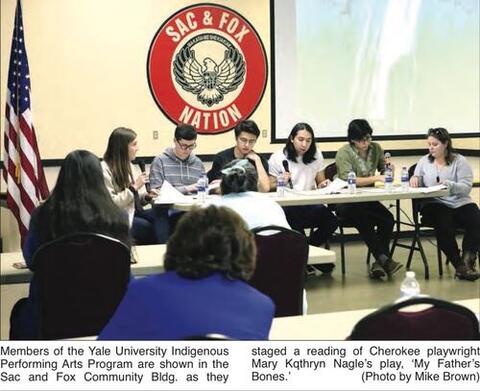 On March 10th, a group of Yale students and faculty visited the Sac & Fox Nation of Oklahoma as part of the “Oklahoma Sovereignty Tour.” Organized during the first week of Yale’s spring break, the trip included visits to different Native Nations across the state of Oklahoma, including the Sac & Fox Nation. Anna Smist (’21) played a central role in organizing the events the group’s visit to the Sac & Fox Nation and also crafted much of this story.

My Father’s Bones begins in 1953 when Patricia Askew “Patsy,” Thorpe’s third wife, famously interrupted his Sac & Fox burial ceremony in order for his remains to be shipped and sold to Pennsylvania where local authorities had purchased Thorpe’s remains. After building a memorial to Thorpe in hopes of attracting tourism, the two towns renamed themselves into the newly incorporated town of “Jim Thorpe, Pennsylvania.” Despite protests of his children, tribal leaders, and members of the Sac & Fox Nation, Thorpe’s remains are still located there today even though Thorpe himself had never visited either of these towns. 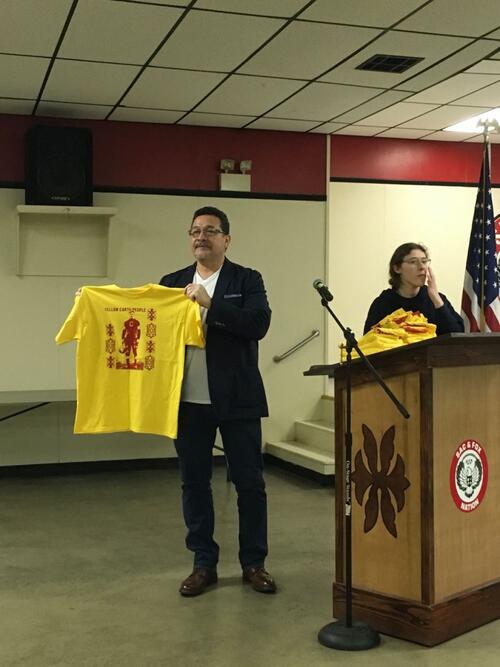 Artist Tony Tiger (Sac & Fox/Seminole/Mvskoke) and Anna Smist (’21) present shirts to YIPAP members on the day of their performance of My Father’s Bones at the Sac & Fox Nation headquarters. Tiger designed the shirts to commemorate Jim Thorpe’s life and legacy.

Tribal member Curtis “Dagwood” Wakolee (Fox Clan) had been roommates with Jack Thorpe when the two served together in the military, and he remarked that Jay, who played Jack’s character in the reading, sounded just like him and exhibited a similar fire and passion.

Dagwood and other tribal members expressed their appreciation to the students and faculty for telling Jim Thorpe’s story. Former Principal Chief Mary McCormick (Deer Clan) was moved by the reading and thanked the performers for reminding the tribe how important this history still is today. To cap off their time spent together, the Yale visitors and tribal audience members gathered for a traditional meal.

The April 2020 edition of the Sac and Fox News covered the performance and featured it as their headline story (see image and link below).