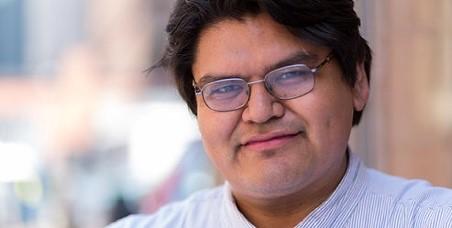 Yale Indigenous Performing Arts Program (“YIPAP”) Executive Director, Mary Kathryn Nagle, recently had the opportunity to interview Asa Benally, a recent graduate of the Yale Drama School Master of Fine Arts program. Asa was raised on the Navajo Reservation in northern Arizona. He went to on to study at the prestigious Parsons School of Design in New York City before attending Yale. Today he lives and works in New York City.

Q:  When did you first start to work in the theater, and have you always been a costume designer?  When did you realize you wanted to design costumes?

I performed in a few plays in high school but through studying ballet I discovered figures such as Jock Soto and Maria Tallchief, both dancers with the New York City Ballet, as well as Marla Bingham. It was one of the first times I had ever seen people who looked like me succeeding in a distinctly white profession. I became discouraged with acting when I was told that there was no place for Native Americans in contemporary American theater. Shakespeare, I was told, was a faint possibility, but playing an Indian brave was what I should expect.

I was offered my first professional costume design job when I was seventeen; the start of my career was very much trial by fire. Eventually I realized that formal training in design was available through higher education.

Eventually I ended up in New York City to study at the Parsons School of Design, where I graduated with my BFA in Fashion Design and then went on to study Costume Design at the Yale School of Drama.

Q: Do you feel that your grandmother (a Navajo weaver) has influenced your art as a costume designer in the theater? if so, how?

Absolutely, so much of her weaving was about creating balance and form through color. She was a traditionalist. She spoke no English. Even her fashion, with the tiered broom skirts and velvet blouses was significant. Being surrounded by all of this color and creativity had a profound influence. She taught me how to bead; my first lessons in color theory were with her.

Q: Has anyone else in your community or family influenced your work as an artist?

My entire family is full of creative people. My father was a silversmith. All of my aunts weave rugs and bead. My mother is a poet and creative writer. I think that during my formative years being around my cousins on the reservation was important in that we all used out imaginations to create a world of play. Most kids have sandboxes. We had hundreds of acres to explore! Since we did not have money for toys we literally had to make our own out of sticks and clay. We made doll houses out of sticks and mud as well. This was the foundation of my theatrical sensibility.

Q: What is your favorite play that you have ever worked on?

I think that my favorite play that I worked on was Our Town. It was one of the first shows that I designed, so everything was very instinctual. It was where I learned how to attempt to make costumes effortless and unnoticeable and how to make the costumes serve the actor in discovering a character.

Q: If you could pick one play to be hired to design, what would that play be?

I would love to design Wagner’s Ring Cycle one day. Four operas telling the tale of the rise and fall of the Gods. I grew up hearing the Navajo creation stories during the winter time (traditionally the only time they could be told), so the world of myths and gods would be interesting to delve into and bring my perspective to.

Q: In your view, why is it important that Native artists be involved in the creation of theater in the United States?

In creating a voice in the 21st century I think that having Native voices in theater brings an updated perspective to our world. We as Natives are a truly creative people—the American as well as international theater world has a place for the Native perspective.

As a costume designer, theater has given me a good life. There is such a small percentage of Native Americans working in theater as it is. There is room for more of us to work as technicians, craftspeople, writers, directors as well as performers.

Theater has a place for the native voice. We have been defined so long by others perceptions of us as a race that it’s time for Native storytellers to create a voice. Through art our communities can experience healing.

Q: Is there anything else I haven’t asked you that you would like to say?

Don’t be afraid of being the only Native American in your class or profession. Be proud of being one of the first. When you find yourself far away from your community or reservation and you feel isolated and alone remember that you are blazing a trail for people that come after you.

When people look on me as an anomaly, a Navajo/Cherokee theater designer and artist, it’s important to remember that whichever Tribe we come from our people have always been storytellers.

You can learn more about Asa’s work on his website:  http://www.asabenally.com 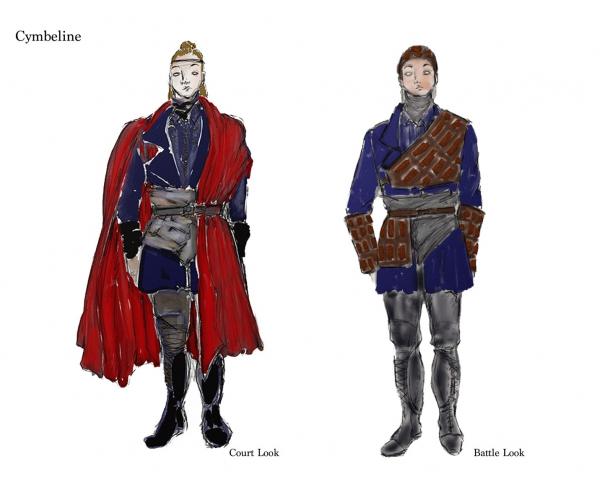 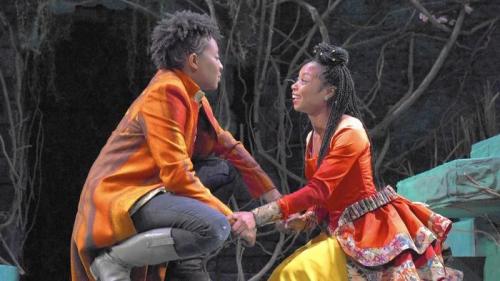