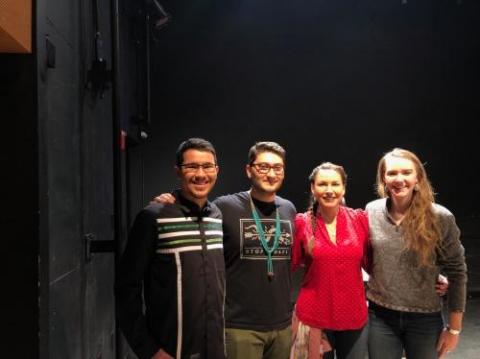 DeLanna Studi, a citizen of the Cherokee Nation, visited Yale in early December at the invitation of the Yale Indigenous Performing Arts Program (YIPAP). Studi is a prominent Native actress who serves as the current chair of the SAG-AFTRA Native Americans Committee. She has performed in the national Broadway tour of the Tony and Pulitzer Prize-winning August: Osage County. She is also known for her performances in Hallmark/ABC’s Dreamkeeper and Chris Eyre’s Edge of America, among many other works.

Studi’s most recent work is a one-woman play entitled And So We Walked: An Artist’s Journey Along the Trail of Tears. This performance chronicles her journey retracing the path her ancestors walked on the Trail of Tears during the period of American ethnic cleansing known as the Removal Era.

Fresh off a performance at the Trinity Repertoire Company in Providence, Studi came to Yale on December 8th to perform an excerpt of And So We Walked at the theater of Jonathan Edwards College. She was joined by YIPAP Associate Director Reed Adair Bobroff who performed selections of his own theatrical works, which chronicle his experiences as a Navajo student at Yale. A robust turnout of audience members attended the event, billed as an “Evening of Indigenous Performance.” A reception followed at the Native American Cultural Center to honor Studi and introduce her to the Native American community at Yale. 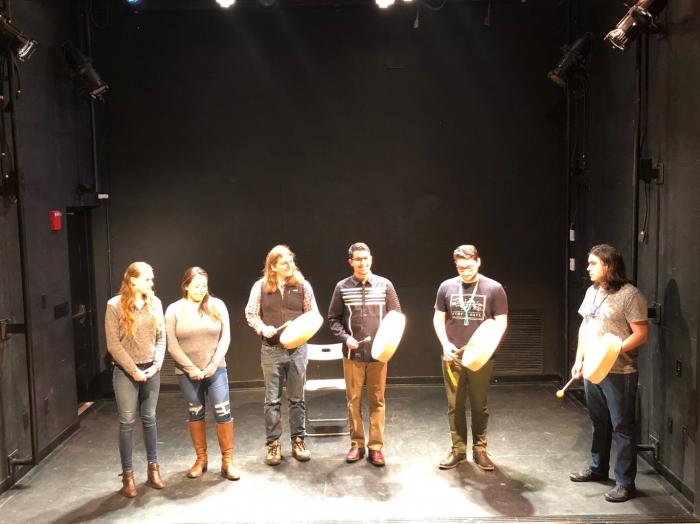 Brown University Assistant Professor Sarah D’Angelo (Mohawk) helped to organize Studi’s visits to Trinity Rep and Yale and collaborated with YIPAP leaders to organize this successful inter-institutional partnership. “YIPAP continues to lead the way making Native Theatre visible on our campuses and beyond. The solo performances by DeLanna Studi and Reed Adair Bobroff,” she relayed, made for “a memorable evening of Native Theatre performance and showcased the immense talent and skills of these dynamic storytellers.”

On December 9th, Studi also taught a storytelling workshop to at the Native American Cultural Center and shared insights into the overlapping fields of theater, television, and motion pictures in which she works. Through a series of exercises, Studi demonstrated the sacredness of story and how storytellers should understand ownership and the responsibility that comes with telling someone else’s story. Of the workshop, Madeleine Hutchins (Mohegan, Yale ’19) said, “it was wonderful to work with a storyteller who treated us as peers and who understood the background of storytelling cultures we all come from.” 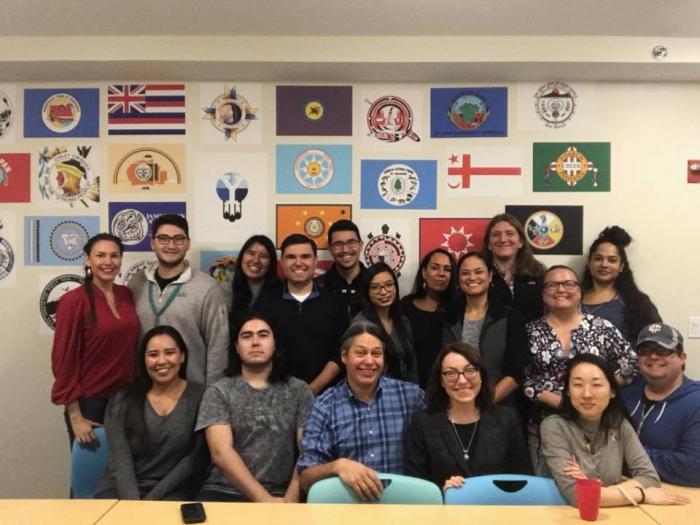