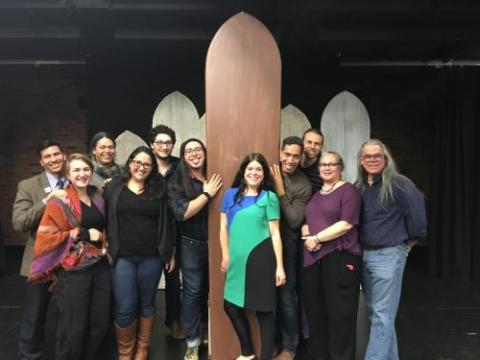 In early March, Yale Indigenous Performing Arts Program (YIPAP) presented Duke, a powerful one-man play written and performed by Native Hawaiian artist Moses Goods.  Based on the life and journey of Olympic Gold Medalist and Native Hawaiian Duke Kahanamoku, Duke is a play filled with humor, triumph, tragedy, and truth.  It chronicles Duke’s life from childhood until his death, including the story of how Duke learned to swim when his father tossed him, at the age of four, from their canoe into the sea.

Duke was born towards the end of the Kingdom of Hawaii, just before the overthrow of the Hawaiian monarchy. He lived well into statehood, eventually becoming a United States citizen.  Having lived through one of the most tumultuous periods in Native Hawaiian history, his story is one of triumph in face of the many challenges imposed by American colonialism.

Although Duke won an Olympic gold medal in the 1912 Olympics and broke a world record, very few Americans know about his story.  He was, in fact, one of three Native athletes to medal for the United States at the Stockholm Olympics, including fellow gold-medalist Jim Thorpe (Sac and Fox) and sliver-medalist Louis Tewanima (Hopi).  Tewanima’s 2nd-place finish in the 10,000-meter run was America’s best performance in the event until 1964, when another Native runner Billy Mills (Lakota) won gold at the Tokyo Summer Olympics.

“One of our missions with YIPAP is to expose the Yale campus to the true and authentic stories of our American Indian people,” stated YIPAP’s Executive Director Mary Kathryn Nagle.  “Moses’ portrayal of Duke made us laugh, cry, and wonder why no one had ever told us of this incredible man before.”

“I found Duke to be an expertly performed and composed production,” said YIPAP faculty advisor, Ned Blackhawk. “Moses Goods is an incredible actor. I’m so glad we were able to host this event and to showcase the unique as well as shared history of Native Hawaiians.”

“Hawaiian people and culture are too often represented as tourists’ gimmicks,” stated YIPAP student Haylee Kushi. “Duke is so important in that it represents Hawaiian culture and people in an authentic way, and this play shows that authenticity is so much more beautiful than the problematic knock-off.”

Moses Goods wrote the play in collaboration with the Bishop Museum. The play has previously been produced by the Hawaiian Youth Theater.  Set, lights, and projections were all designed by Chesley Cannon. 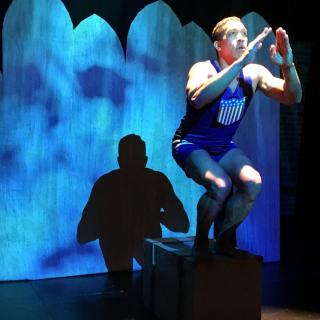 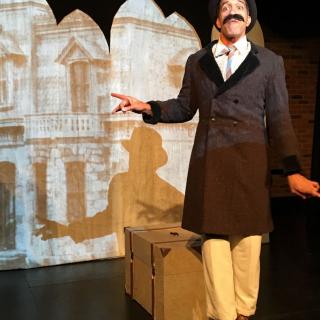