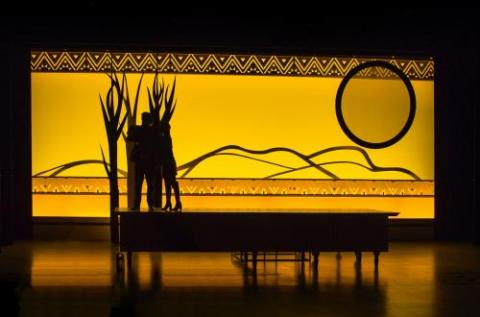 On January 27, nearly a dozen members of the Native American Cultural Center community traveled with leaders of the Yale Indigenous Performing Arts Program to Washington, D.C., for a showing of Sovereignty at Arena Stage. Written by YIPAP Executive Director Mary Kathryn Nagle, the play follows lawyer, Sarah Ridge Polson, a citizen of the Cherokee Nation who moves back to Oklahoma to become a lawyer for her nation. 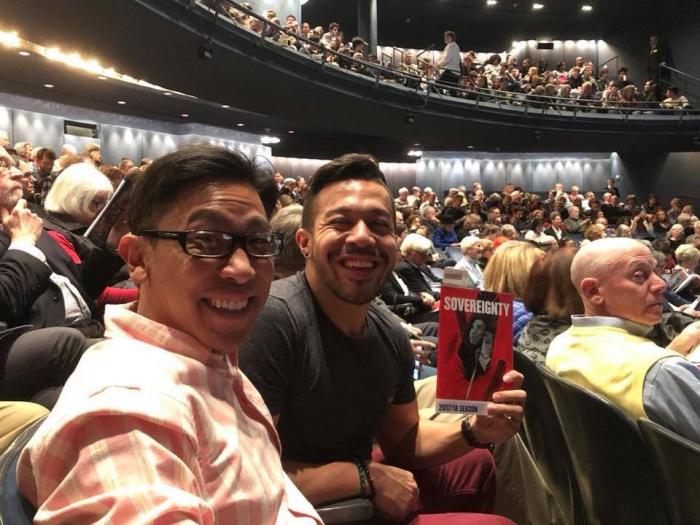 This production represents an historic achievement. Even as theaters make an effort to represent stories more equally, it is still a rare for Native stories to have a platform, particularly on such a prominent theater stage. Historically, in fact, Indigenous people have overwhelmingly been represented in American theatre by non-Native people, many of whom often play offensive caricatures like the noble savage or the Indian princess. Such performances fail to characterize Native people accurately or express the depth of our communities. 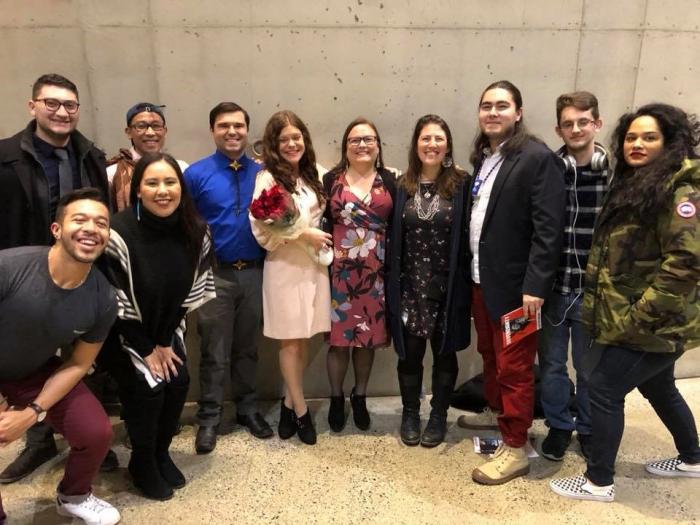 In Sovereignty, by contrast, history, family, and community are foreground. For Sarah, her Ridge family members were once considered traitors who signed the treaty to move Cherokee off of their homelands. However, Sarah understands her ancestors’ decision as a heart wrenching resolution to protect their nation from the violence and exploitation of the United States. The play explores this complicated history of the Cherokee nation through its past and present and examines the complexity of an indigenous community as they are forced to make a difficult choice at the hands of American colonialism.

Among its other achievements, in Sovereignty Nagle masterfully weaves complicated legal concepts into regular conversations that demonstrate important, everyday realities for Native people. The play invokes a series of prominent Supreme Court cases such Worcester v. Georgia, Oliphant v. Suquamish Indian Tribe, as well as the Re-Authorization of the Violence Against Women Act, among others, to showcase the consequences of America’s justice system on Indigenous nations. 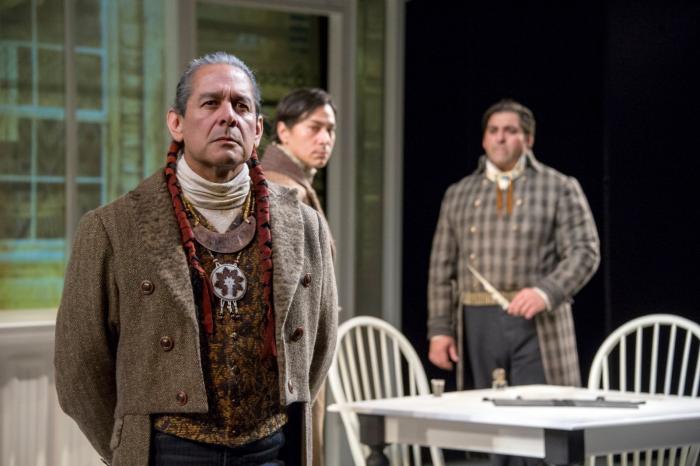 Those who attended the production relayed their excitement at traveling to see the production. Students commented on the play being the first time they had seen such a large Native cast telling Native stories on stage. They also discussed the ways that it empowered them and made them feel proud of their own nations. For example, Greg Buzzard (YLS ’18) summed up the group’s thoughts: “as a play that was about the intertwined histories of Cherokee sovereignty and American legal systems, I felt like it uniquely spoke to me…It’s the first time that I’ve felt so represented in a theatrical performance, which was a really moving experience for me. It reminded me of the reason that it’s important to have Indian lawyers–the reason that I went to law school–and how important tribal sovereignty is to the life of Indian Country. I particularly loved the fact that it’s being staged in DC. I hope that some of the audience members include government workers who will be reminded about their role in upholding the government-to-government relationships between the United States and tribal nations.”